Gregory Zilliac earned his M.S. in Aerospace Engineering in 1983 at the Pennsylvania State University.  Emphasis of his course work was in fluid dynamics. His Master’s thesis concerned the development of a high angle-of-attack aerodynamic model that was employed in a six degree-of-freedom analysis of a spinning aircraft. He earned his Diploma in Aerospace Engineering in 1982 at the von Karman Institute for Fluid Dynamics, Brussels, Belgium in a year-long program that dealt with theoretical and experimental aspects of fluid dynamics. His Diploma project involved the development of a model of turbulent boundary layer separation on an airfoil.

He earned his B.S. in Aerospace Engineering in 1979 at the Parks College of Saint Louis University. From 1982 to present he has worked as a Research Scientist at NASA Ames Research Center where he performed experiments and computations in the field of fluid dynamics, aerodynamics, combustion, and instrumentation development. Currently he is the Hybrid Combustion Project lead and also the Fluid Dynamics Group lead. From 2004 to present he has been an instructor at Stanford University, where he teaches the AA284 Propulsion System Design class.

Over the last decade, a concerted effort has been underway to develop liquefying hybrid rocket propulsion. This technology offers the promise of clean, high performing and relatively safe rocket propulsion at a lower cost than traditional rocket propulsion systems. Like conventional hybrid rockets, a diffusion flame forms in the combustion chamber; but, in a liquefying hybrid, the diffusion flame is fed by a spray of fuel emanating from a thin liquid melt layer driven by the oxidizer flow adjacent to the fuel surface. The resulting fuel mass flow rate is three to four times greater than the fastest burning conventional hybrid rocket fuel. The high burn rate of the paraffin-based fuels enables the design of high performance rocket motors that are suitable for missions ranging from boosters to in-space motors. This technology, being jointly developed by NASA Ames Research Center, Stanford University, and Space Propulsion Group Inc., has matured to the point where flight-weight motors are being fabricated, ground tested, and flown. The origin, current status, and future of liquefying hybrid rocket propulsion will be discussed.

Ethiraj Venkatapathy earned his Bachelor of Technology in Aeronautical Engineering from Indian Institute of Technology, Madras, India and his PhD in Aerospace Engineering from Iowa State University at Ames, Iowa. He served as the President and Director of Research for ELORET Corp., a small science and technology company in the Silicon Valley and also conducted his own research in hypersonic entry physics supporting NASA between (1985 – 2002).  In 2003, he jointed NASA Ames Research Center (ARC) and is currently the Chief Technologist for the Entry Systems and Technology Division at NASA ARC specializing in advanced Entry Systems concepts and thermal protections systems technology development for robotic science and human missions.  He is currently leading the technology development efforts, as the project manager for the “Advanced TPS Materials” project for the Game Changing Development Program and as the Principal Technologist for the mechanically deployable semi-rigid ADEPT project. In addition, he is the chief technologist for the Asteroid Threat Assessment Project led by NASA ARC.  He also supports the Asteroid Threat Assessment Project as chief technologist in support of NASA’s Planetary Defense Program. He is the Co-inventor of the ADEPT, a mechanically deployable entry system concept as well as 3-D Woven TPS (3-D MAT and HEEET) concepts.  In 2015, he was recognized by STMD Mission Directorate at NASA with a Leadership Award for his leadership and dedication in providing NASA and the Nation with revolutionary new technologies and capabilities.  He is one of the two NASA Ames’ Associate Fellows selected in 2015 and Associate Fellow of the AIAA. He was recognized as He received NASA’s “Exceptional Technology Achievement Medal” in 2012 and NASA’s Outstanding Leadership Medal twice  (in 2007 and in 2010).

A Pathway to Innovation 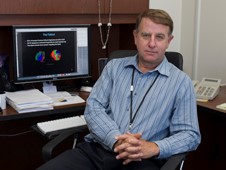 Dr. Rasky is an internationally recognized expert on advanced entry systems and thermal protection materials. He has developed his expertise working five years for the U.S. Air Force and more than 20 years for NASA. In the 1990’s, he and his research colleagues at NASA Ames Research Center, Moffett Field, Calif., invented a heat-shield material called Phenolic Impregnated Carbon Ablator (PICA) that has subsequently been used on several NASA as well as private industry spacecraft. For this achievement, Rasky received the NASA Inventor of the Year Award for 2007 – the first ever for NASA Ames.

In 2009, Rasky completed a one-year Interagency Personnel Assignment (IPA) with the Space Grant Education and Enterprise Institute, Inc., San Diego, Calif., where he served as a senior research Fellow supporting a number of emerging space companies and other organizations. One of these companies was Space Exploration Technologies Corp., Hawthorne, Calif., also known as SpaceX. Rasky spent considerable time at SpaceX providing expert consultation about the design and development of the heat-shield for their Dragon spacecraft. As a result, SpaceX chose PICA as the heat shield material for the spacecraft. On Dec. 8, 2010, the Falcon-9 rocket carried the Dragon capsule with its SpaceX fabricated PICA-X heat shield into space. It survived the launch and re-entry into Earth’s atmosphere; consequently, the mission was considered an enormous success.

In addition to the SpaceX Dragon capsule, Rasky has made significant contributions to flight hardware used on eight NASA missions, including the NASA Stardust comet sample return mission. The Stardust return capsule used a PICA heat-shield that enabled the mission, and was the fastest entry ever by a man-made object at Earth. It is now on display as part of the “Milestones of Flight” exhibit at the Smithsonian Institution in Washington D.C. PICA also is being used for the primary heatshield for the upcoming Mars Science Laboratory (MSL) lander mission.

Today, Rasky is the director and co-founder of the Space Portal at the NASA Research Park, Moffett Field, Calif. The Space Portal has a mission to “be a friendly front door for emerging and non-traditional space companies.” Through their initiatives and collaborations the Space Portal has had a significant role in the establishment of several notable and successful NASA programs, including the Commercial Orbital Transportation Systems (COTS) program, the Innovative Lunar Demonstration Data (ILDD) program, and the Commercial Reusable Suborbital Research (CRuSR) program.

Rasky also is the recipient of the Senior Professional Meritorious Presidential Rank Award, the NASA Exceptional Achievement Award, the NASA Exceptional Service Medal, 12 NASA Group Awards, and eight Space Act Awards. He has six patents, 64 publications, and is an associate Fellow of the American Institute of Aeronautics and Astronautics (AIAA) and a senior member of the American Society of Mechanical Engineers (ASME).

Darrel Robertson is an aerospace engineer in the Engineering Risk Assessment group at NASA Ames Research Center in California. As part of NASA’s Asteroid Threat Assessment Project he has modeled the break-up and airburst of small asteroids such as the Chelyabinsk event and larger impacts into water for tsunami prediction. He earned his B.Sc. in Physics with Space Science from Leicester University in the UK, and his S.M. and Ph.D. in Aeronautics and Astronautics from the Massachusetts Institute of Technology.