Langley Research Center (LaRC) was founded as the first aeronautics research facility of the National Advisory Committee for Aeronautics (NACA) in 1917 and was initially named the “Langley Memorial Aeronautical Laboratory” in honor of Samuel P. Langley, the third secretary of the Smithsonian Institution and the person who tried to build the first heavier-than-air flying machine.  In 1922, the Variable Density Tunnel was completed at Langley and became the first pressurized wind tunnel in the world, which could achieve more realistic predictions of how actual aircraft would perform under flight conditions than any previous wind tunnel.  Langley was officially renamed “Langley Research Center” on October 1, 1958 when the center became a component of the National Aeronautics and Space Administration (NASA). 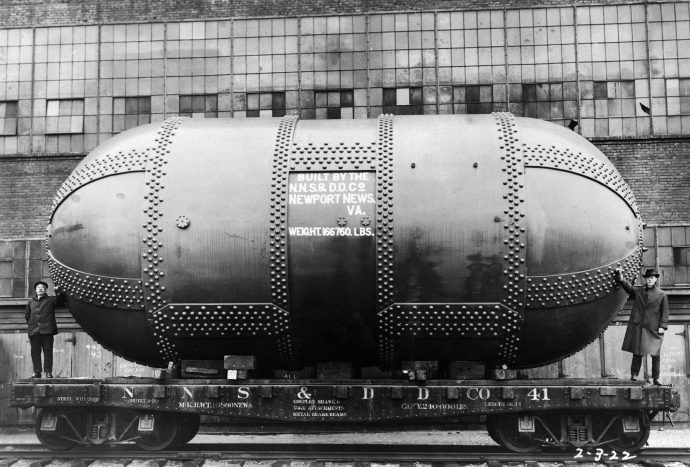 Today the Variable Density Tunnel, which was the first pressurized wind tunnel in the world, is a National Historic Landmark. (Image by NASA)

NASA LaRC is now home to several world-class facilities, including wind tunnels that span the speed regimes from subsonic to hypersonic flow, structures and materials facilities (such as the Landing and Impact Research facility where astronauts trained to walk on the moon), and flight simulation, scientific computing, acoustics, and flight electronics facilities as well.  Encompassing 764 acres in Hampton, Virginia, NASA Langley employs about 3,400 civil servants and contractors. With a legacy of over 100 years of research, Langley is now building the future by making revolutionary improvements to aviation, expanding understanding of Earth’s atmosphere and developing technology for space exploration.  NASA Langley will host of the 30th annual Thermal and Fluids Analysis WorkShop (TFAWS) in 2019 as we explore the theme 30 Years of TFAWS: Power of the Past, Force of the Future.

TFAWS 2019 will be held at the Marriott at Newport News City Center.  Located in southeastern Virginia, the Hampton Roads region is rich in colonial American and maritime history and is home to a wide variety of cultural and natural attractions.  Newport News is situated midway between Williamsburg and Virginia Beach, Norfolk and Portsmouth.  Nearby attractions include the Virginia Air and Space Museum, the Virginia Marine Science Museum, the Virginia Living Museum, the Chrysler Museum of Art, Busch Gardens, and Colonial Williamsburg.  City Center at Oyster Point is the Virginia Peninsula’s meeting place featuring a wide variety of restaurants in a pedestrian-friendly environment.  The City Center Marriott is conveniently located near the Newport News/Williamsburg International Airport and is about half an hour from the Norfolk International Airport.

Government employees, please use the link below to make online reservations at the City Center Marriott. Individuals may also call the Marriott reservation system at 866-329-1758 and ask for the NASA TFAWS GOVT group block. The block will be open for reservations until July 25th, 2019 or until the block is full (whichever comes first); group rate is $94.00.

Non-government employees, please use the link below to make online reservations. Individuals also may call the Marriott reservation system at 866-329-1758 and ask for the NASA TFAWS Industry group block. The block will be open until July 25th, 2019 or until the block is full (whichever comes first); group rate is $119.00. 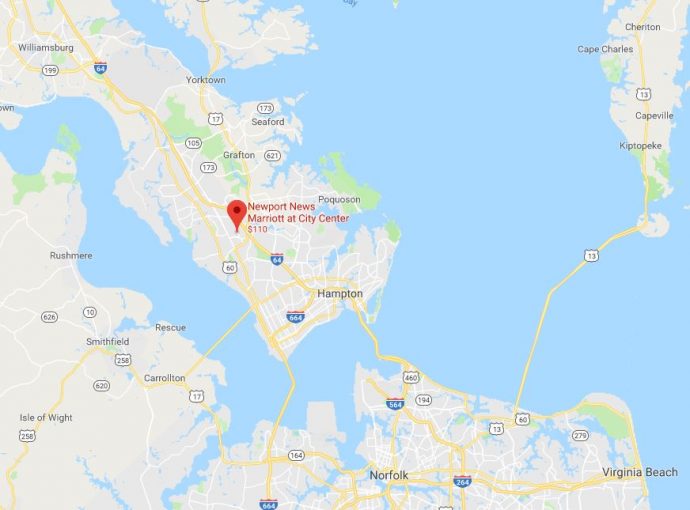 The Mariners’ Museum and Park (3.2 mi): The Mariners’ Museum is America’s National Maritime Museum. Explore over 60,000 sq. ft. of gallery space. Outside the museum you’ll find 550 acres of privately maintained, naturally wooded property that offers a quiet and serene place to walk, run, or picnic.

Newport News Park (10.4 mi): One of the largest municipal parks east of the Mississippi, this magnificent 7,711 acre-oasis is home to an incredible variety of native wildlife. Its unique natural beauty makes Newport News Park a favorite destination for campers who love the great outdoors.