“The Wright Brothers and the Invention of the Aerial Age” 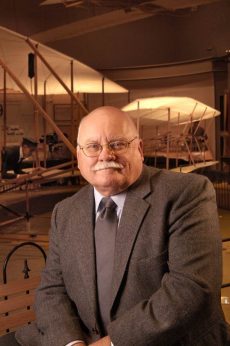 Tom Crouch is senior curator, Aeronautics Department, National Air and Space Museum. A Smithsonian employee since 1974, he has served both the National Air and Space Museum and the National Museum of American History in a variety of curatorial and administrative posts. Prior to coming to the Smithsonian he was employed by the Ohio Historical Society as director of education (1969-1973) and as director, Ohio American Revolution Bicentennial Advisory Commission (1973-1974).

Dr. Crouch holds a BA (1962) from Ohio University, an MA (1968) from Miami University and a PhD (1976) from the Ohio State University. All of his degrees are in history.  In addition, he holds the honorary degree of Doctor of Humane Letters, conferred in June 2001 by the Wright State University.

He is the author or editor of a number of books and many articles for both popular magazines and scholarly journals. These include: The Bishop’s Boys: A Life of Wilbur and Orville Wright (New York: W.W. Norton, 1989); Eagle Aloft: Two Centuries of the Balloon in America (Washington, D.C.: The Smithsonian Institution Press, 1983); Wings: A History of Aviation from Kites to the Space Age (NY: W.W. Norton, 2003); A Dream of Wings: Americans and the Airplane, 1875-1905 (New York: W.W. Norton, Inc., 1981); Bleriot XI: The Story of a Classic Airplane (Washington, D.C.: Smithsonian Institution Press, 1982); Rocketeers and Gentlemen Engineers (Reston, Va: AIAA, 2006), and Lighter-Than-Air: An Illustrated History of Balloons and Airships (Baltimore: The Johns Hopkins University Press, 2009).

Dr. Crouch has won a number of major writing awards, including the history book prizes offered by both the American Institute of Aeronautics and Astronautics and the Aviation/Space Writers Association. He received a 1989 Christopher Award, a literary prize recognizing “significant artistic achievement in support of the highest values of the human spirit,” for The Bishop’s Boys: A Life of Wilbur and Orville Wright. His book, Wings: A History of Aviation From Kites to the Space Age, won the AIAA Gardner-Lasser Literature Prize for 2005, an award presented to the best book selected in that year from all books in the field of aerospace history published in the last five years.

In the fall of 2000, President Clinton appointed Dr. Crouch to the Chairmanship of the First Flight Centennial Federal Advisory Board, an organization created to advise the Centennial of Flight Commission on activities planned to commemorate the 100th anniversary of powered flight. 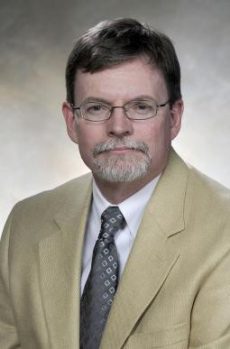 Garry Lyles is the Space Launch System’s Chief Engineer, leading the design and development of the nation’s next heavy-lift rocket for human exploration beyond Earth orbit. With more than 40 years technical experience in space propulsion and systems engineering, Garry M. Lyles is considered a top expert. He has been called upon by NASA on numerous occasions to lead organizations through dramatic change because he demonstrated the ability to provide a clear course and focus on the desired end results.  Previously, Garry was the Technical Associate Director of the Marshall Space Flight Center’s Engineering Directorate.

Garry has received the highest honors given for commitment to excellence in public service, including the Presidential Rank of Distinguished Executive Award. He received the Astronautics Engineer Award from the National Space Club in honor of his decades of engineering management for the nation’s human space flight systems.

Garry holds a bachelor’s degree in mechanical engineering from the University of Alabama and he was inducted into its class of Distinguished Engineering Fellows in 2010. 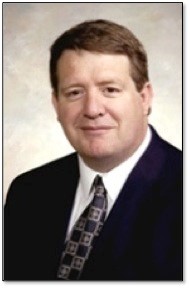 Mr. Jones began his NASA career in 1982 as an engineer in Marshall’s Structural Dynamics Laboratory. In 1994, he moved to the Propulsion Laboratory, accepting the position as Liquid Engine Systems Branch Chief and, subsequently, the Propulsion Test Division Chief in 1997. He was appointed as Manager of the Subsystems and Components Development Department in Marshall’s Space Transportation Directorate. From 2004 through 2011, Mr. Jones managed Marshall’s Propulsion Systems Department and, subsequently, the Spacecraft and Vehicle Systems Department within Marshall’s Engineering Directorate.

Mr. Jones received a bachelor’s degree in physics from the University of North Georgia in 1982.  He has received numerous awards throughout his NASA career, including the Presidential Rank Award for Meritorious Executive, the NASA Outstanding Leadership and Exceptional Service medals, a Center Director’s Commendation, and a Silver Snoopy Award. 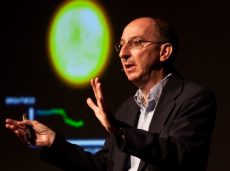 Les Johnson is a physicist and works in the Science and Technology Office at the NASA George C. Marshall Space Flight Center.  He is the Solar Sail Principal Investigator for the NASA Near-Earth Asteroid Scout mission, a Co-Investigator for the European InflateSail solar sail demonstration mission, and the JAXA T-Rex space tether experiment.  Les has also served as the Technical Assistant for the Advanced Concepts Office and the Manager for the Space Science Programs and Projects Office, the In-Space Propulsion Technology Program, and the Interstellar Propulsion Research Project.  He thrice received NASA’s Exceptional Achievement Medal and has 3 patents.  He is a member of the American Institute of Aeronautics and Astronautics, the National Space Society, The British Interplanetary Society and MENSA.

Les is an author of several popular science books including “Solar Sails: A Novel Approach to Interplanetary Travel” and “Harvesting Space for a Greener Earth.”  He is also a science fiction writer; with NYT bestselling author Ben Bova, he coauthored, “Rescue Mode,” a novel about near-term human Mars exploration.   Les received his BA in chemistry and physics from Transylvania University (Lexington, KY) and his MS in physics from Vanderbilt University (Nashville, TN). 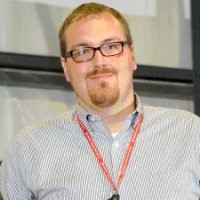 Graham Nelson has been at the NASA Marshall Space Flight Center since 2007, when he hired in to the Thermal and Combustion Analysis Branch. He spent 7 years in the thermal branch, where he provided design and analyses support on a wide range of products, including both solid rocket motors and liquid rocket engines. Graham has spent the last 3 years in the Liquid Engine Systems branch, where he is currently serving as project lead for the Additive Manufacturing Demonstrator Engine – an effort that is centered around advancing additively manufactured technologies for liquid rocket engine applications. Graham received his Bachelor of Science in Mechanical Engineering from the University of Tennessee, Knoxville and a Master of Science in Mechanical Engineering from the Georgia Institute of Technology.