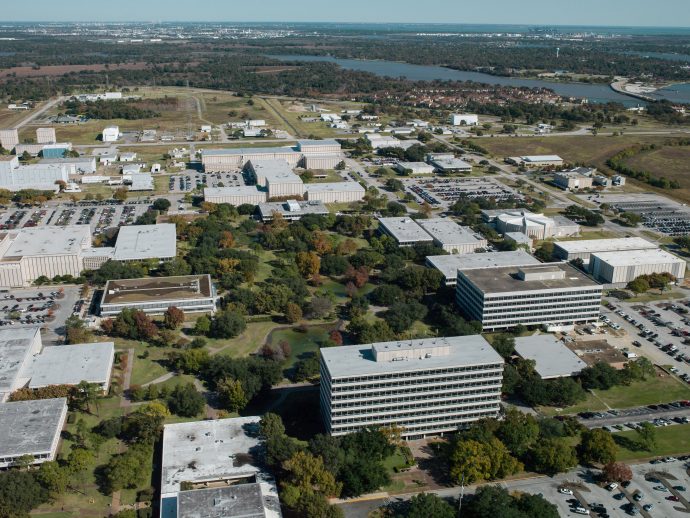 Site tours of NASA Johnson Space Center will be available directly following lunch on the afternoon of Tuesday, August 21, and Friday morning, August 24. When registering, attendees should indicate which day they would like to tour the facility. Limited space is available for tours, so early registration is encouraged.

Tuesday Tour plans on meeting at the front of the Galveston Island Convention Center no later than 12:30PM.

Friday Tour plans on meeting at the front of Galveston Island Convention Center no later than 7:30AM

If you have registered for the Friday tour, you have the option to drive yourself to JSC and meet the tour group at Rocket Park. Please plan on being at Rocket Park on JSC property around 8:00AM. The tour will leave no later than 8:15AM.  Please let security know you need to park your car at Rocket Park, and they will escort you from there.

Neutral Buoyancy Lab
The mission of the NBL is to prepare for space missions involving spacewalks. NASA team members use the NBL to develop flight procedures, verify hardware compatibility, train astronauts and refine spacewalk procedures during flight that are necessary to ensure mission success. The NBL was sized to perform two activities simultaneously; each uses mockups sufficiently large to produce meaningful training content and duration. It is 202 ft in length, 102 ft in width and 40 ft in depth 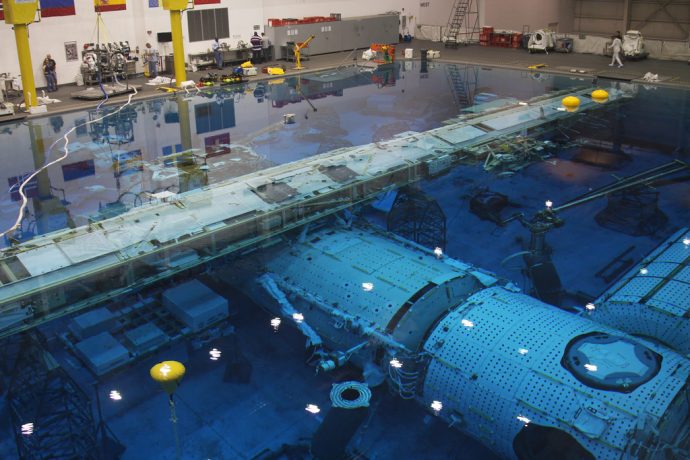 Space Vehicle Mockup Facility
The mission of the Space Vehicle Mockup Facility (SVMF) is to provide world class training for space flight crews and their support personnel and high-fidelity hardware for real-time mission support. A major task of the SVMF is to support Engineering and Mission Operations evaluations for the International Space Station (ISS) and Orion Programs. All mockups and part-task trainers are available to support troubleshooting on the ground any time problems develop on orbit in real time. 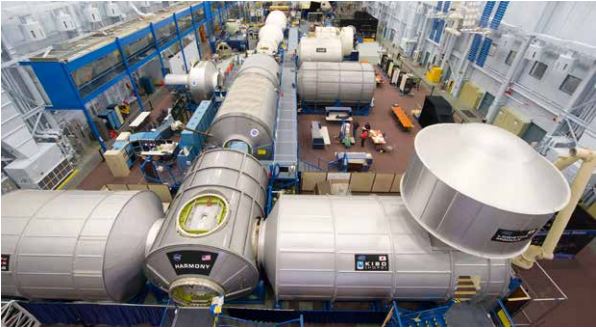 Mission Control Center
(https://www.nasa.gov/centers/marshall/earthorbit/ops.html)
Located within at the Johnson Space Center, the Mission Control Center is where human flight activities are commanded and controlled from. Daily critical operations involving Astronauts, robotic manipulation, etc are conducted from the MCC to the International Space Station. Future launches of Orion and certain Commercial companies are also planned to be commanded out of the MCC. The MCC history is rich in the fact that historic missions such as the Moon Landing, Shuttle’s first flight, and many other missions were carried out from this location. 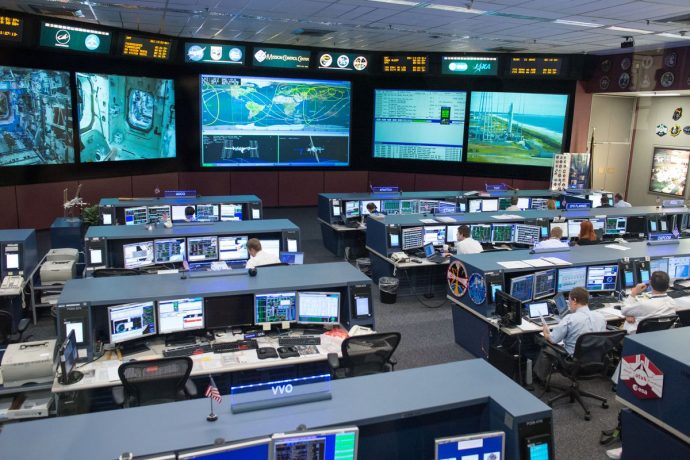 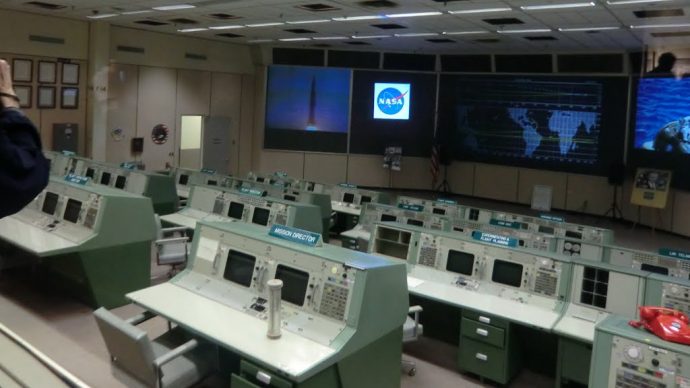 Chamber A is a Thermal Vacuum Test Chamber that is unique not only in the agency but in the world.  It is a vertical cylinder 65 feet in diameter by 120 feet tall from the top dome to the bottom dome and encompasses some 350,000 cubic feet.  Internally the chamber contains an outer layer of Liquid Nitrogen cooled shrouds that are 55 feet in diameter by 90 feet tall with embedded helium cryogenic pumping panels and a separately controlled internal layer of gaseous helium cooled shrouds 45 feet in diameter by 65 feet tall with a top and bottom.   When shielded by the external LN2 shroud, the internal shroud can be cooled to as low as 12 K making it possible to simulate the temperatures of deep space on a large spacecraft or other test article.  No other test facility in the world combines these two capabilities.

A train of four roots blowers and six stokes mechanical pumps are used to remove the bulk of the gas from the chamber during depress operations.  Once the chamber pressure is below 10 microns pumping crosses over to six Turbo Molecular Pumps and 12 Cryogenic Adsorption Pumps that are capable of lowering the chamber pressure to 10-5 torr while the chamber is still warm.  Cooling of the LN2, Helium Cryogenic Pumping, and Helium Environment Shroud panels results in pressures as low as 10-8 torr for testing where gas loads are not intentionally vented into the chamber.  All chamber seals and sealing surfaces have been meticulously cleaned, inspected, and leak checked and total in-leakage has been measured at less than 2 torr liters per second 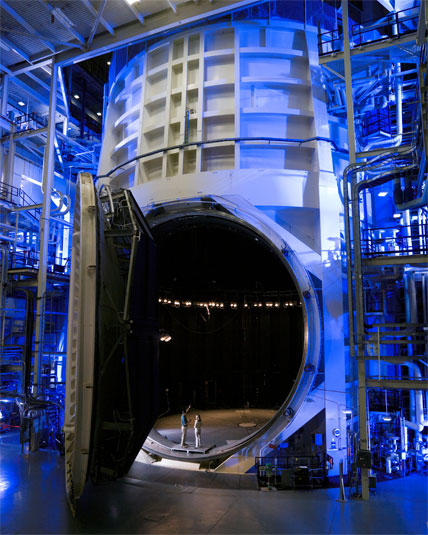 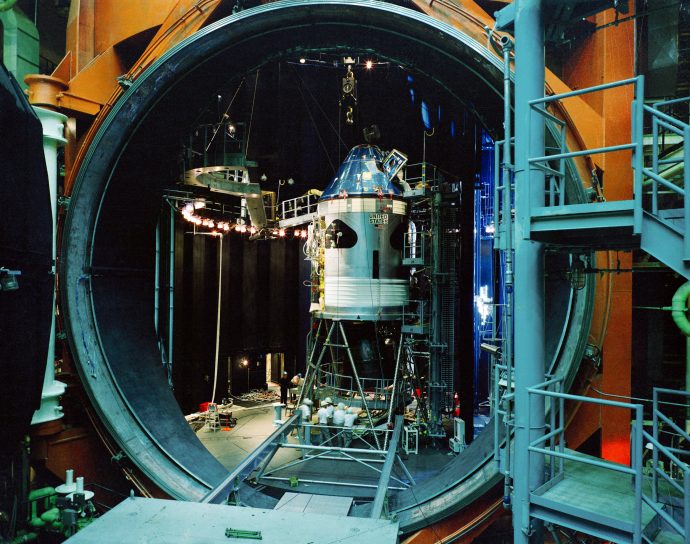 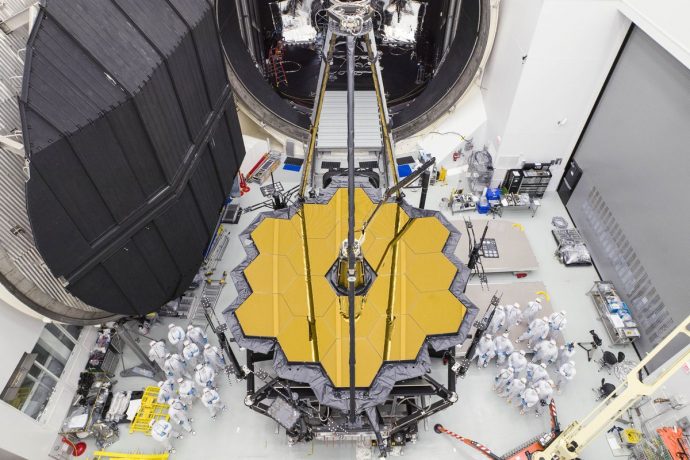