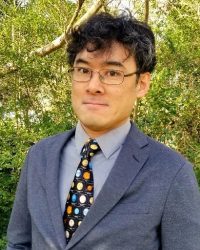 Kunio Sayanagi is an associate professor in the Atmospheric and Planetary Sciences Department at Hampton University. He received his Ph.D. in Physics from the University of Arizona. His core expertise is on the atmospheric dynamics of planets in our solar system.

His current projects fall under the following four general categories:

In addition to above research activities, Kunio is also very active in planetary science priority formulation. He was a member of the 2013 National Academy Planetary Science Decadal Survey’s Giant Planets Panel. Today, as a member of the Steering Committee of NASA’s Outer Planets Assessment Group, he also evaluates NASA’s exploration priorities in the outer solar system.

Dr. David E. Bowles, director of NASA’s Langley Research Center, Hampton, Virginia, has been an active member of the Langley community for some 39 years. He began his career conducting research in advanced materials for use on aerospace vehicles and then focused on materials to be used in space. He has published many research papers on the effects of materials degradation on structural and thermal properties. Before serving as Director of Langley’s Exploration and Space Operations Directorate from 2007 to 2012, he spent 11 years involved with program and project management for both aeronautics and space-related activities at the center. He served as Manager for Airframe Structures Integrity and Composites for NASA’s Advanced Subsonic Technology Program and as the Vehicle Systems Research and Technology Project Manager for NASA’s Next Generation Launch Technology Program. He joined the Director’s Office in 2012 as Associate Director, progressed to Deputy Director in 2014, and was appointed Center Director in June 2015. Dr. Bowles — who holds bachelor’s, master’s and doctoral degrees in engineering mechanics from Virginia Tech — is the recipient of numerous awards, including NASA’s Outstanding Leadership Medal, which he accepted in both 2005 and 2015.

U.S. Rep. Elaine Luria represents Virginia’s Second Congressional District. Prior to her election in 2018, Rep. Luria served two decades in the Navy, retiring at the rank of Commander. Rep. Luria served at sea on six ships as a nuclear-trained Surface Warfare Officer, deployed to the Middle East and Western Pacific, and culminated her Navy career by commanding a combat-ready unit of 400 sailors. A member of the House Armed Services Committee and the House Committee on Veterans’ Affairs, Rep. Luria was one of the first women in the Navy’s nuclear power program and among the first women to serve the entirety of her career in combatant ships. She leads the House Veterans’ Affairs Subcommittee on Disability Assistance and Memorial Affairs, and is Vice Chair of the House Armed Services Subcommittee on Seapower and Projection Forces. Of all members in the House Democratic Caucus, she served the longest on active duty, having completed 20 years of active military service with the U.S. Navy. Rep. Luria graduated from the U.S. Naval Academy and received a master’s in engineering management from Old Dominion University.

Ms. Michelle Munk has served NASA Headquarters as the Entry, Descent and Landing (EDL) System Capability Lead since May 2017, and the Principal Technologist for EDL technologies within NASA’s Space Technology Mission Directorate (STMD) since 2013. Ms. Munk has broad experience in orbital mechanics, trajectory simulation, flight hardware, and technology development from three different NASA centers: Johnson, Marshall, and Langley. Her past work includes nine years as the Lead Engineer and Project Manager for the In-Space Propulsion Technology (ISPT) Aerocapture project, and subsystem lead and Deputy Project Manager for the Mars Science Laboratory Entry, Descent and Landing Instrumentation (MEDLI) flight payload. Ms. Munk holds a B. S. in Aerospace Engineering from Virginia Tech. She was selected for the 2019 AIAA Associate Fellow class, participates in educational outreach and international EDL efforts, and has several publications and NASA group and individual achievement awards, including the Space Flight Awareness Award and the NASA Exceptional Service Medal. 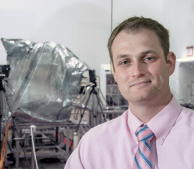 Joe Gasbarre is a senior systems engineer and manager with over 20 years of experience specializing in flight and concept systems development for space-based missions and atmospheric flight vehicles. He currently serves as the Deputy Director for Flight Programs in NASA Langley Research Center’s (LaRC) Science Directorate and in this position has responsibility for project execution and development of NASA LaRC’s flight projects funded by NASA’s Science Mission Directorate (SMD).  This portfolio consists of over $400M in total value and represents contributions to SMD’s Earth Science, Planetary Science, and Heliophysics Divisions as well as external partnerships with NOAA, USAF/DOD, and commercial entities.  Prior to this assignment, Mr. Gasbarre was assigned to NASA’s Office of Chief Engineer (OCE) where he was the Acting Chief Engineer for the Science Mission Directorate (SMD) from October 2017 to April 2019.  In this capacity, Mr. Gasbarre served as the embedded engineering technical authority for the Agency responsible for all SMD missions, providing guidance to the SMD Associate Administrator and other senior staff on adherence to Agency engineering policies and procedures. Before joining NASA Headquarters in October 2017, Mr. Gasbarre served as the SAGE III/ISS Project Manager during the project’s launch and commissioning phase after having served as the Project’s Chief Engineer since project inception.  Mr. Gasbarre received his BS degree in Aerospace Engineering from Pennsylvania State University and his MS degree in Aerospace Systems from the University of Maryland.  He was a founding member of the NASA Thermal and Fluid Analysis Workshop (TFAWS) Steering Committee and a past workshop chair (2003).

Jeanne Willoz-Egnor
Director of Collections Management and Curator of Scientific Instruments, The Mariner’s Museum and Park

Jeanne Willoz-Egnor has served as the Director of Collections Management and Curator of Scientific Instruments at The Mariners’ Museum and Park in Newport News, Virginia since 1994. Spending nearly thirty-five years in cultural institutions has given Jeanne a broad range of historical knowledge and experiences.  Working closely with Oracle Racing, Inc. in recent years, Jeanne helped coordinate the donation of two hydrofoiling catamarans to the Museum and led a small team in the assembly of the AC72 USA-17, winner of the 2013 America’s Cup, for the Museum’s current exhibition Speed and Innovation in the America’s Cup.  Since 2017, she has worked with Oracle Racing’s boat builders and designers to develop a unique understanding of hydrofoiling and other technologies developed and employed in the most recent America’s Cup campaigns.