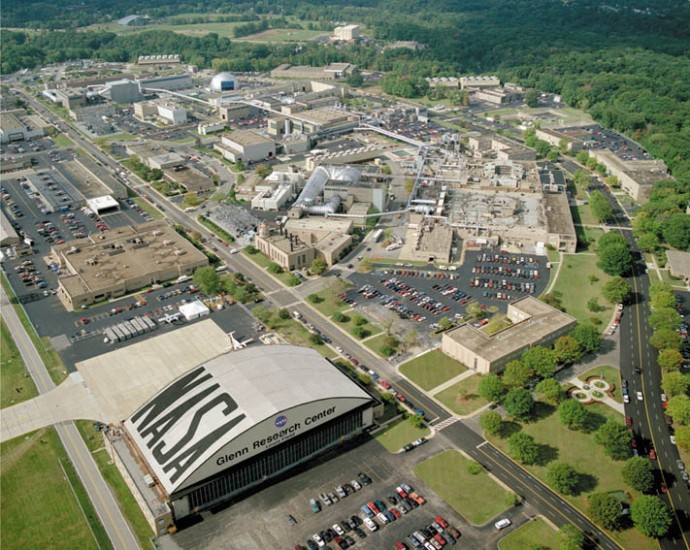 Site tours of NASA Glenn Research Center at Lewis Field in Cleveland, OH will be available directly following lunch on the afternoons of Tuesday, August 5, and Thursday, August 7.  When registering, attendees should indicate which afternoon, if either, they would like to tour the facility.  Both tours will visit the same facilities, providing attendees with access to some of NASA’s premier test facilities.  Limited space is available for tours, so early registration is encouraged.

The Icing Research Tunnel (IRT) is one of the world’s largest refrigerated wind tunnels dedicated to study aircraft icing. In this facility, natural icing conditions are duplicated to test the effects of in-flight icing on actual aircraft components and models of aircraft, including helicopters. A variety of tests are performed in the IRT including fundamental studies of icing physics, icing prediction validation, and ice protection system development and certification. These tests have been used successfully to reduce flight test hours for ice detection instrumentation and ice protection systems certification.

The Zero Gravity Research Facility is NASA’s premier facility for ground based microgravity research, and the largest facility of its kind in the World.  Operational since 1966, it is one of two drop towers located at the NASA Glenn Research Center. It was originally designed and built during the space race era of the 1960s to support research and development of space flight components and fluid systems, in a weightless or microgravity environment. The Zero-G facility provides researchers with a microgravity environment for a duration of 5.18 seconds by allowing the experiment hardware to free fall a distance of 432 feet (132 m).  The facility is used by investigators from around the world to study the effects of microgravity on physical phenomena such as combustion, fluid physics, biotechnology, and materials science, as well as to develop and test experiment hardware designed for flight aboard the International Space Station.

Throughout its history, the 10- by 10-Foot Supersonic Wind Tunnel (10×10 SWT) has made valuable contributions to the advancement of fundamental supersonic propulsion technology. Researchers have used the facility to aid in the development of the Atlas-Centaur, Saturn, and Atlas-Agena-class launch vehicles, and for such vehicle-focused research programs as the High-Speed Civil Transport, the National AeroSpace Plane, and the Joint Strike Fighter. The test section is large enough to accommodate large-scale models and full-size aircraft components. The 10×10 SWT was specifically designed to test supersonic propulsion components such as inlets, nozzles, and full-scale jet and rocket engines. It also has been effectively utilized for force balances models and spacecraft reentry decelerator testing.

NASA Glenn Research Center is improving the mobility of lunar rovers in one of the center’s newest labs, the Simulated Lunar Operations (SLOPE) facility. The facility is home to a 60-foot long by 20-foot wide sandpit filled with simulated lunar soil and a lunar rover test bed. One 20-foot end of the sandpit can rise to replicate the slopes in moon craters. This research will help NASA develop rovers capable of traveling long distances during future human and robotic missions to the moon and beyond. 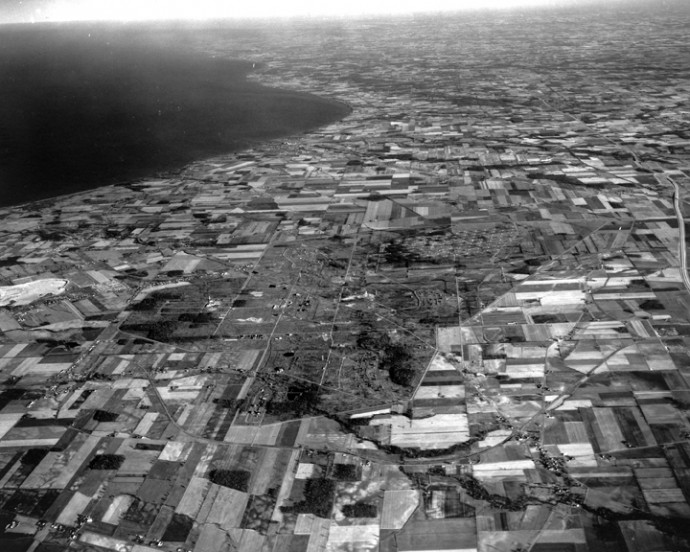 Site tours of NASA Glenn Research Center’s Plum Brook Station facility in Sandusky, OH will be available on the morning of Friday, August 8.  Limited space is available for tours, so early registration is encouraged!  The Plum Brook Station tour will feature two of the most unique test facilities in the world, the Space Power Facility and the Spacecraft Propulsion Research Facility. 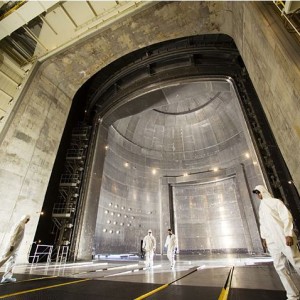 The Space Power Facility (SPF) houses the world’s largest and most powerful space environment simulation facilities. The Space Simulation Vacuum Chamber is the world’s largest measuring 100 ft. in diameter by 122 ft. high, and was designed and constructed to test both nuclear and non-nuclear space hardware in a simulated Low-Earth-Orbiting environment.  Although the facility was designed for testing nuclear hardware, only non-nuclear tests have been performed throughout its history.  Some of the test programs that have been performed at the facility include high-energy experiments, full-scale rocket-fairing separation tests, Mars Lander system tests, deployable Solar Sail tests and International Space Station hardware tests. The Reverberant Acoustic Test Facility (RATF) is the world’s most powerful spacecraft acoustic test chamber, with a 2,860 m3 (101,189 ft3) reverberant acoustic chamber capable of achieving an empty-chamber acoustic overall sound pressure level (OASPL) of 163 dB.  The Mechanical Vibration Facility (MVF) is the world’s highest capacity and most powerful spacecraft shaker system, and its 3-axis, 6 degrees of freedom, servo-hydraulic, sinusoidal base-shake vibration system is located within the same Vibroacoustic Highbay as the RATF on the West side of the vacuum chamber. 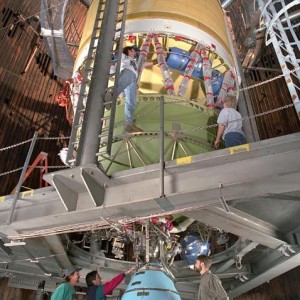 NASA’s Spacecraft Propulsion Research Facility (B-2) is the world’s only facility capable of testing full-scale upper-stage launch vehicles and rocket engines under simulated high-altitude conditions. The engine or vehicle can be exposed in the 38 ft. in diameter by 55 ft. tall test volume for indefinite periods to low ambient pressures, low-background temperatures, and dynamic solar heating, simulating the environment the hardware will encounter during orbital or interplanetary travel. Vehicle engines producing up to 400,000-lb of thrust can be fired for either single or multiple burn missions, utilizing either cyrogenic or storable fuels or oxidizers. Engine exhaust conditions can be controlled to simulate a launch ascent profile. In addition, conditions can be maintained before, during, and after the test firing. B-2 offers a complete “test-as-you-fly” environment to thoroughly ground test flight hardware and reduce the likelihood of costly flight failures. In 1998, tests of the Boeing Delta III cryogenic upperstage were successfully conducted in the B-2 facility.